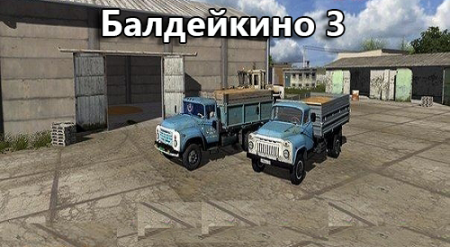 Description:
The map visually changed a lot.
Objects have been moved and added.
Almost all Butofor trees were replaced by normal ones (perhaps somewhere they missed).
Animals: cows, chickens, sheep, pigs.
Cultures are standard.
Production of seeds, fertilizers, liquid fertilizers (on the production site there is a warehouse for products). Added point of sale.
Two feed mixers for cows and pigs have been supplied to the BGA (also points of sale have been added for products).
There is also a production of fuel and two points of sale of produced fuel and a storage facility for storage.
Milk (there is an icon on the map where to sell it).
There is a sawmill producing pallets with boards (sold in the same place as chips).
The point of sale of wood chips and wood has been altered.
A chipper was installed (near the forest itself).
One more small forest was added, and the area of ​​the old forest was increased.
The scoreboard with information about filling the warehouse was removed.
The volume of the warehouse was increased to 500,000 liters.
Added storage of potatoes and beets (in the same place as in FS 15).
The map is realized sand (loaded in all standard trailers) – you need to drive up under the bucket and press the R key.
All the gates now with a collision and through them you will not pass.
The chopping of straw with fertilizer function was realized.
There is a start technique.