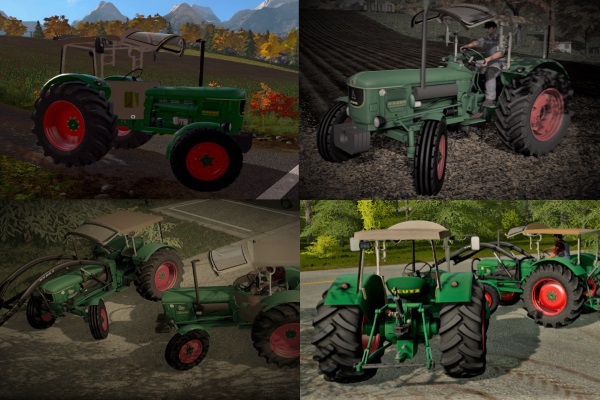 Description:
Another iron pig from days gone by is rolling out of the Eisenschweingarage.
This time the Deutz D 6005 built in 1966!

But now what about the tug …..

And what have we tinkered again ….?!

So we just made a 4 cylinder tug from the D80 model of Giants.
The reason for this was simply that we still lacked a matching Deutz vintage with 2WD drive in this performance class.
The model was remodeled according to our wishes and needs.

What can the mod now actually?
What is it all installed and from whom is it all?! …..

We recommend to take the front loader tools from this pack:
https://forbidden-mods.de/filebase/file/909-deutz-d80-allrad-baujahr-1965/

The mod is not perfect …. but about little quirks, the classic car lovers have to see it out … as in real life 🙂