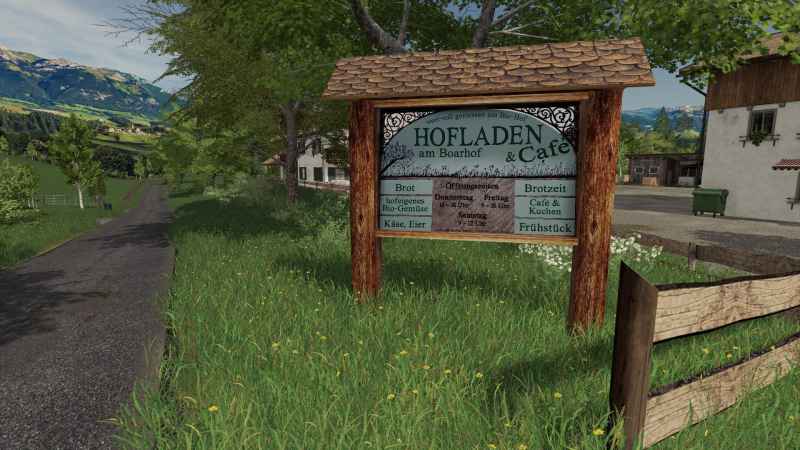 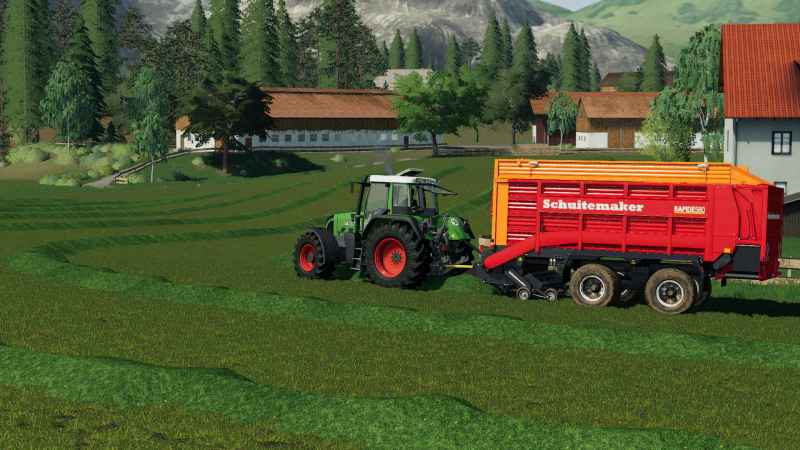 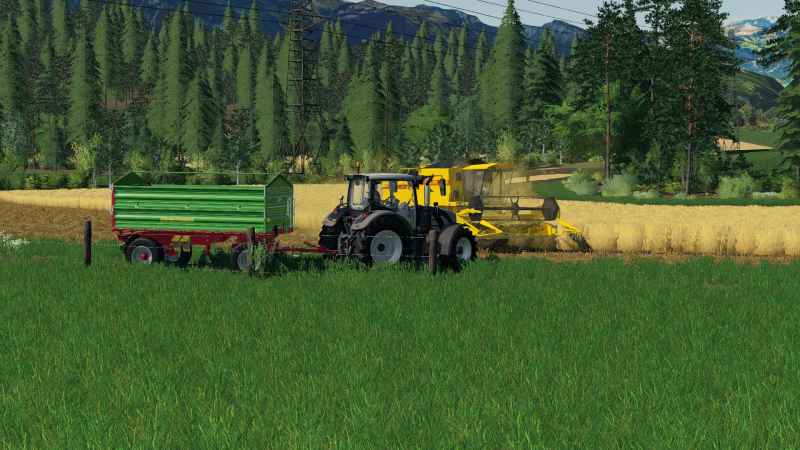 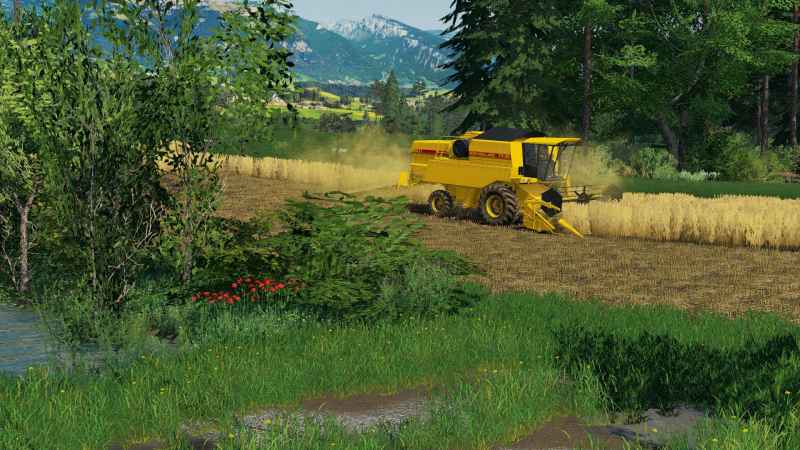 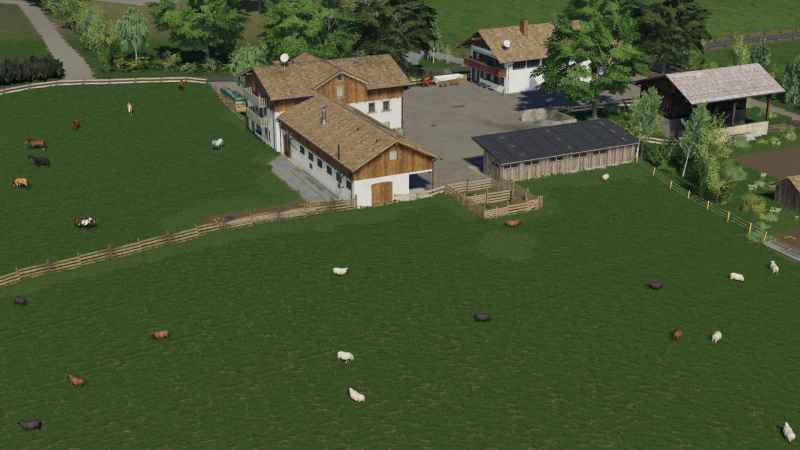 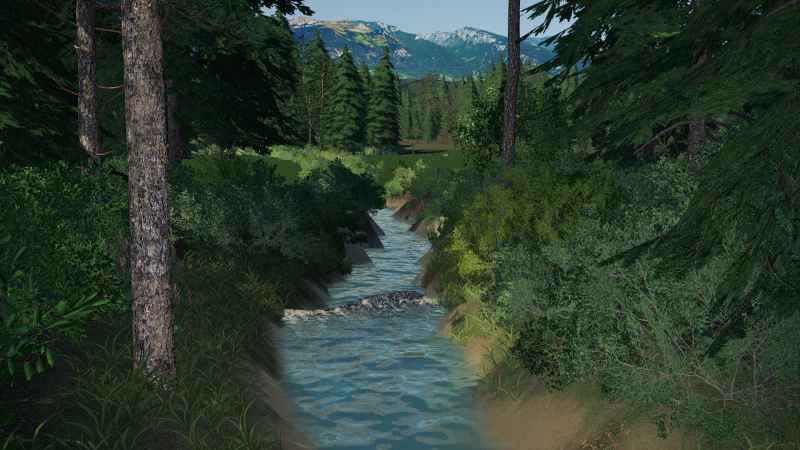 In winter, snow is falling on the roofs of all farm buildings.
(A big thank you goes to Kastor, who created this for me!)
Pigs in the small stable at the Oberreiter added
Halle am Graberhof permanently installed due to snow layer on the roof.
The fertilizer hall at the Gundischhof has got a new texture.
(Many thanks to GmbhGmbh for the revision of the building!)
TipcolLayer in the dung heap Boarhof way (prevented dumping crap)
New signs added to Boarhof, Graberhof and Käserei. Here I have photographed the originals on vacation and then placed on the map.
Chicken enclosure added to the lower rider

Cows of the Unterreiter divided into:
– stable (all standard functions except water, no visible NavMesh since stall too small for that)
– Pasture near the farm (including straw, manure, milk and manure because in the RL the cows are driven to the milking in the stable)
– mountain meadow away from the farm (no straw, manure and manure and no milk)

I was bothered that run around in the winter, the critters on the pasture in the snow. So I wanted to have a pure stable attitude. There, the animals can be kept over the winter and produce of course manure / manure. In spring, the animals can then be distributed to the two pastures. In combination with the Seasons Mod regarding the distinction between dairy cattle and beef cattle as well as the grazing areas in the meadows, I found this a very nice thing.

Just a short note about the grazing areas for all players who play with the Seasons mod:

The version of Seasons currently available in the Giants Modhub unfortunately contains a bug regarding the grazingAreas. This causes the animals not to erode the area defined by foliageAreas, but a completely different area in terms of shape. This bug has already been reported by us and subsequently fixed by Realism Modding. Officially, this change will of course be available with the release of the next update from Seasons in the Modhub.

Now there are two ways you can deal with it: either you wait for the next update and live with the error or you look at the Gitlab page of Realism Modding and download the latest version of SeasonsGrazing.lua. This must then be exchanged in the Seasons ZIP file in your modfolder. Then the grazing areas work as they should.