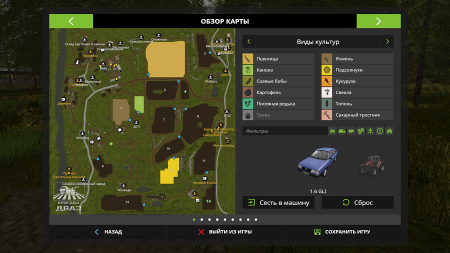 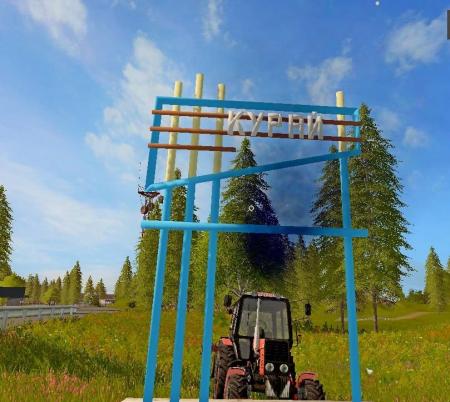 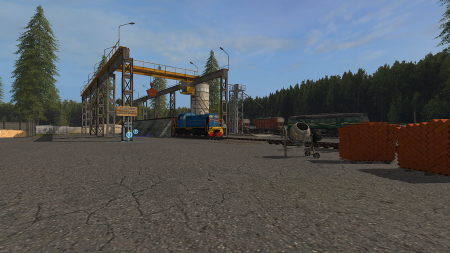 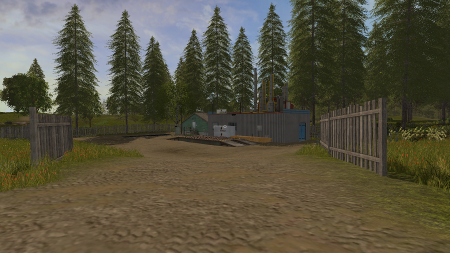 Description:
On the basis of a lot of hangars and garages, they all have functional doors. There is a store of potatoes and beets, hay and straw,
storage of gasoline, a warehouse of wood chips, a chipper and a sawmill that produces pallets, which you can sell at the railway station, as well as wood chips. Logs you will need to load with a crane into the train cars and send it. On the map there is a huge forest.
The mill produces flour from wheat and barley, which can be brought to the bakery and get bread. A fish farm producing fresh fish.
Production of compost. BGA produces a digest of many ingredients, which can be fertilized fields or processed for fertilizers, both dry and liquid, as well as biofuels, which can then be sold at a gas station. Greenhouses producing vegetables.
Seed production and production of dry manure.

Corrected:
– Fixed a road near the swamp
– Redrawn the fields on the pda
– Many small fixes

Deleted:
– A puddle was removed near the milk loading on the barn

A new game is not needed.