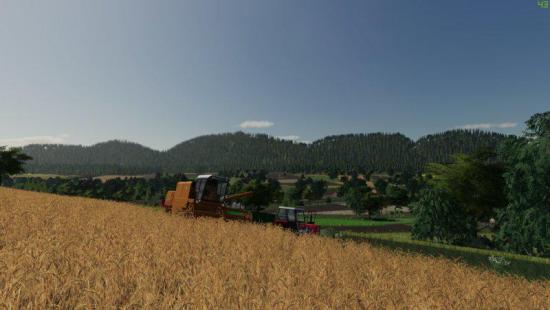 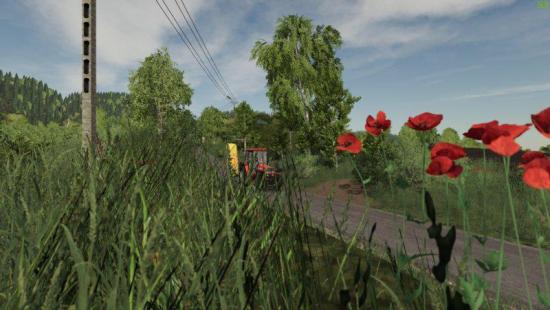 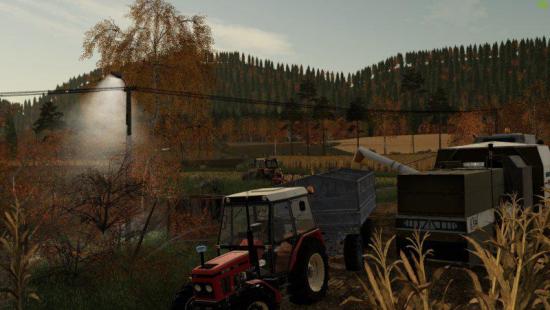 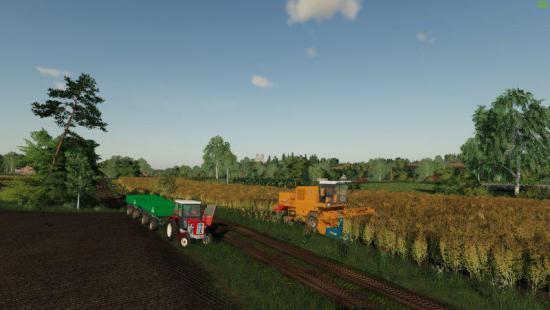 Description:
Hey ! I present to you my map: Lesser Poland Village
The map is large, covers the entire possible area, is kept in the climate of Podbeskidzie.
The map has:
– 4 farms of different sizes
– Cows
– Pigs
– Sheep
– Chickens
– Farmland
– 236 fields (bought)
– 12 meadows (bought)
– Ability to remove stones, trees and bushes from the field borders
– 1 large forest and several smaller groves
– Sawmill
– 2 Purchases of straw and hay
– 2 cereal purchases
– Dairy
– SKR / PGR operating as a biogas plant (we make silage there and sell it in a cow trough)
– Gates and Gates opened at the push of a button
– Lights on button
– Car traffic
– Multiterrain
– Seasons compatibility
– Interesting, highly varied terrain
– Climate of Podbeskidzie

v1.1 changes:
– Most of the entrance gates have been expanded and some garages have been enlarged
– The forest has been thickened
– Dairies and liming stations have been added
– The ending has been improved
– Silage silo on the farm with cows has been repaired
– Some minor bugs have been removed

v1.2 changes:
– pleacable animals have been added (we put them in places marked on farms)
– a tavern with cows was repaired
– multiterrain has been added
– a seasons mask has been added
-the texture of trees and some models (birch, pine) have been changed to make them compatible with seasons
-all the bushes also change colors at any given time of the year
– seasonal objects have been added, e.g. snow on farm roofs, ice on the river, smoke from chimneys in autumn and winter, etc.
– fields and mountains in the background turn white after the snow falls
-adding sleeping space has been added
– most errors in the LOG have been removed
– some minor bugs have been removed

!!WARNING!! For placing buildings on the map, the MOD: Place Objects Anywhere!

The map can be taken to other forums, but only with the original link and the author’s name