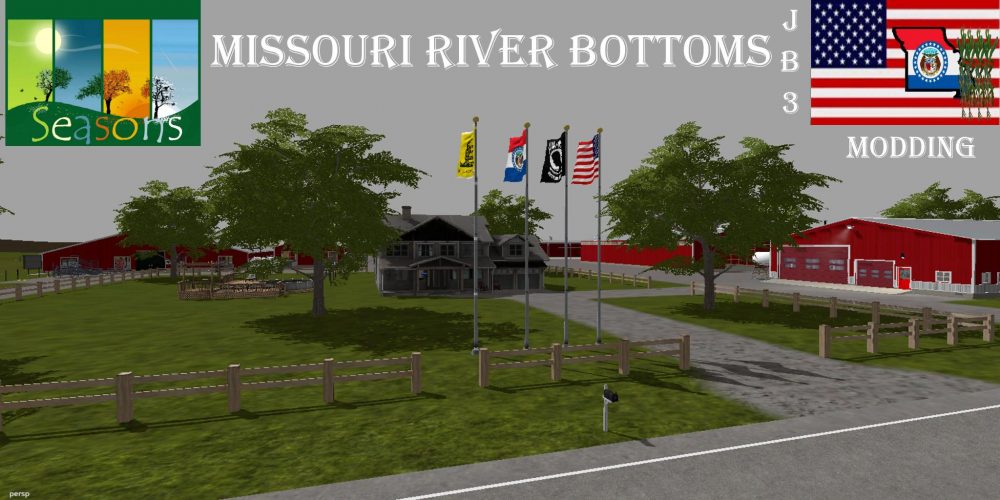 Description:
You will need to start new game because of the multi angle terrain
This only the map use the mods from the map before. Maverick 74 mods, equipment used. You can download those on another’s site (modHub) You will need FS17 chopped Straw, FS17 CS Direct Seeding Addon, FS17 Kalk BigBag, FS17 RM Seasons mods.
I added multi angle terrain I replace the distillers corn with one is working. Fix issue with silos that had leaking chaff out of silos. I added trains to map now you don’t have to do anything. to game files.
This file with the equipment mods is large, 2.34 GB so if you think it is to large than don’t download the map and you will be your lose. This is the final version I moving on to my next
map.
I thought I was done with the Missouri River Bottoms until decided to revised the map so you all can course play the map and have a easier of way of using the new factories.
I wanted also to have the new version of sugarCane and I had to use a updated map or remove everything from american map.Than enlarge to 4x.
So I use a map that has the new version of sugarCane it was MavericksMultifruit. I redone the terrian and since he had the factories already change over from placables to be in map I
used most of his factories. I most of the my factories was of the older version now with the new factories you don’t hav collectors anymore. I have included his mods that he set up
for his map to be in this zip pack. My map has Oat , rye, spelt, triticale ,millet ,sorghum, sudangrass, rice, blackbean, corn2, peanut, Onion, hops, lettuce, redcabbage, carrot, cotton, cabbage.
Needed and added mods in the zipfile
nice factoryPack from BDBSSB Orchards apple, cherry, orange, pear, plum, and coffee
Holmer pack for rootcrops and sugarcane