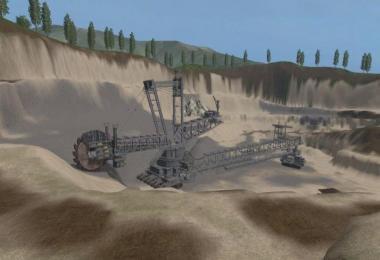 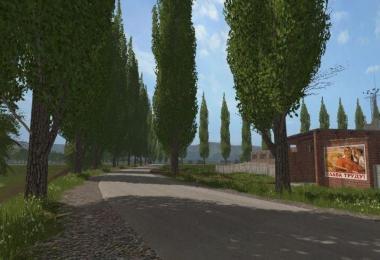 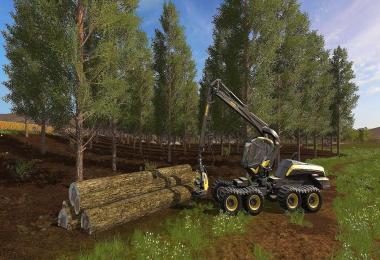 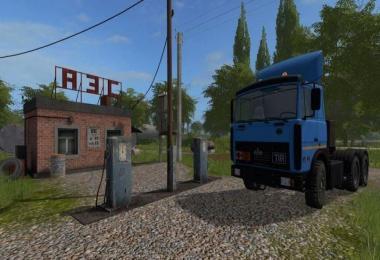 Description:
Words by the author: All the functionality remained the same as on the original map.
Changes have touched the landscape and objects
The landscape of the quarry was changed. The grass was replaced.
Near the base and in the center of the city appeared trees,
There was a bridge (not far from the port) on the opposite shore.
Replaced refueling. Added multi-storey houses.
And some more trivia.
The work on the map continues …
Waiting for screenshots on the wall of the band

The most important thing in this update is that almost all the errors that the map left in the log were fixed.
(We will try to fix everything)
Has corrected errors: Oleg Kasazki. We say to him a big THANKS!

In this version:
Added houses and trees to the village behind the base
Added one more storage (GLC)
At the weight of the quarry appeared working scales
The car wash building was replaced by a more civilized one
+ corrected the size of the observation pit at the base
Now you can load your harvest from the 2nd bunker
+ replaced the gate in a warehouse of seeds and fertilizers. Now there is even a 9-meter seeder, and in the unfolded form
Animated gates on the store
Well, most importantly
There was a tire service + a refueling was replaced
And one more thing on the little things.
Well, of course, the archive of the map has grown in size.

Functionality of the card:
Culture on the map and animals standard for fs 17.
+ calves, pigs, + rye, oats, sunflower, onions, carrots.
A mud script: slipping, splashing mud, slowing and dirtying of machinery. Each wheel in the mud behaves individually.
Animated animals: cows and sheep belonging to other people (standard); snakes, gulls, eagles, horses, dogs and cats
Rail traffic: trains run on a schedule, there can be only one train on the map. Trains are “thematic”, i.е. pick up only specific goods from the railway station, and not all in a row. The railway tracks are slightly winding. The number, type and color of the cars are chosen randomly, some cars have different loads. When driving, the train responds to obstacles, issues hooters and brakes, after stopping the player receives a penalty
The ship – according to the schedule, beeps, stands in the port. Affects the amount of cargo in the port. At the end of the parking, a message of urgent cargo in the port may appear.
rotary quarry excavator. There are beautiful animations and sounds. Loads of sand and gravel at the option required by the concrete plant, the plant also needs cement, which we buy in the port.
Cultures on the map: Standard + rye, oats, sunflower, onions, carrots.
Animals: Standard + calves, pigs
Factories produce: sunflower oil, packaged butter (cake, husk), canned goods, condensed milk, bread, biscuits, beer, sugar, concrete, wheat flour, rye (bran), corn. For the brewery we buy hops and we transport, for concrete we buy dry cement. The weight of all cargoes is different. For example, with a full hop drive uphill, the truck will jump out easily, and with the full body of gravel or cement – the trailer will more strongly mount and will hardly go, because the cargo is heavy.