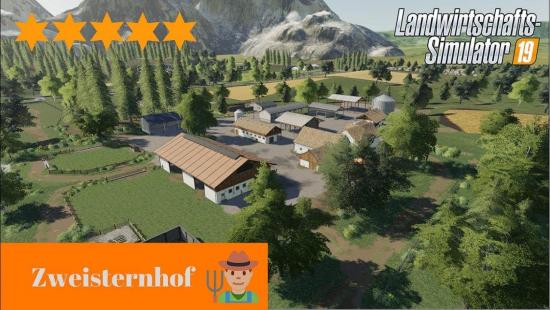 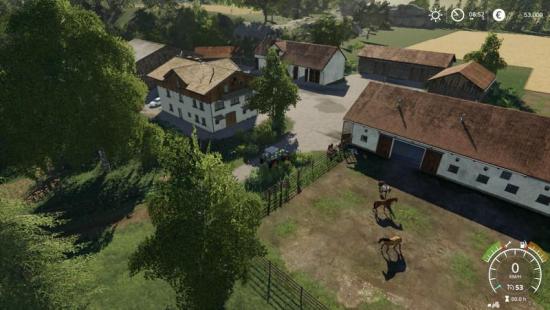 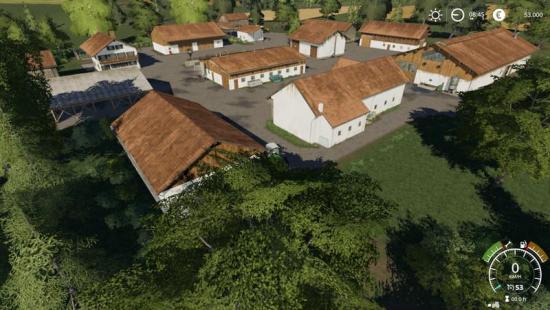 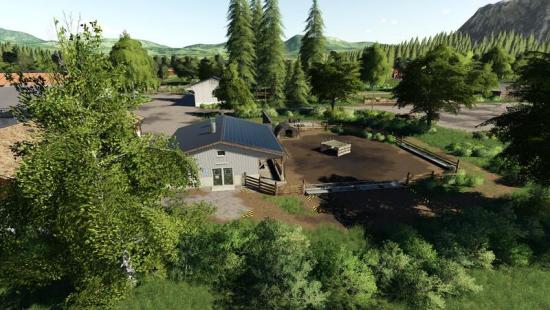 Description:
v1.1:
– Fixed vehicle shop, it is now possible to buy large devices
– Sheep pasture added by MW_PLACEABLE_HOF, but only works with new Savegame.
With existing Savegame simply sell old sheepfold and place the new in the same place.
MW_PLACEABLE_HOF in the final version 1.3 attached (slightly adapted from me – in the barn (Heyloft) can now also grass, silage, pig feed u.v.m. be stored.

I would like to introduce you to the “Zweisternhof”. It is a conversion of my “Oberlausitz” from LS17. I decided to do that purely for personal reasons. I just wanted to escape this “modular system”.

From the beginning you have a fully equipped yard with all animals (except chickens). So for all users who like to play with a fairly well designed courtyard. For users who rather want to play the standard of Giants, I publish the “miniature farm” without a prepared yard. Both maps are identical except for the main courtyard (Hof1). Furthermore, own courts can be created on the areas marked with courtyard 2 and courtyard 3.

I deliberately chose buildings from both standard maps. First, because Giants has done at least in this area a good job and secondly, I do not want to have the partly still from LS11 building. Third, these are the only buildings that fit the (in my opinion missed) placeable stables.